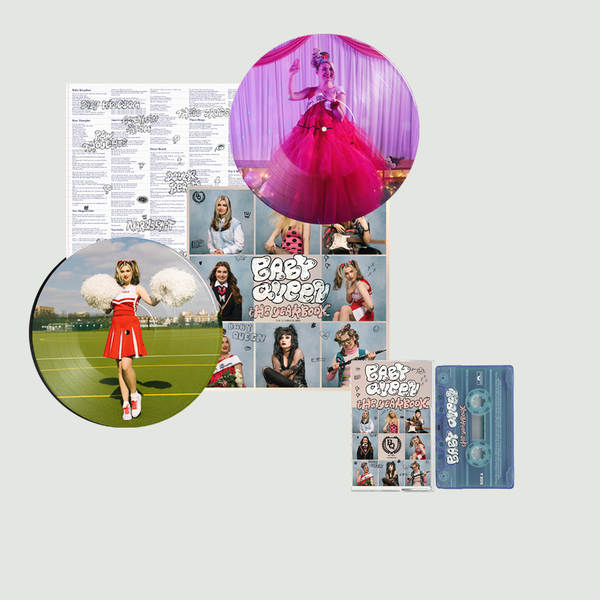 This bundle contains: - Yearbook Cassette - The Yearbook Picture Disc "A new era of Baby Queen’s story begins with her new mixtape, The Yearbook. “It’s an American coming-of-age film,” she says of the final project’s concept. “It feels confusing, happy, free, lonely… all of these things you go through when you are growing up”

Baby Queen grew up in Durban, South Africa, and moved to London aged 18. It was at this time, as she joined rock bands, fell in love and headfirst into the city’s party scene, that the experiences that informed her new musical era unfolded. They’re bittersweet and brilliant. “It’s important to be able to capture a full range of emotion,” she says of the songs on The Yearbook. “I want the listener to feel like they’re on the top of a London bus, travelling through a city they’ve moved to for the very first time, seeing the world through new eyes.